View from life in school

View from life in school

From tears to lifelong memories

‘Mummy, is it time to go to school yet? I want to see my teacher – she’s like a princess. She has yellow hair, a beautiful dress and tells us the BEST stories.’

My four-year-old sing-songs these words gleefully. Four weeks into school and the novelty, most definitely, has not worn off. Her teacher is a big hit and I’m delighted. I know this is the person who will hear her worries, help her to do up her buttons and guide her through an unfamiliar world, full of interactive whiteboards and crowded assembly halls.

When I was a similar age it soon became clear that my teacher at the local school could neither spell properly, nor really knew her 35 pupils very well. So my parents moved me to an independent girls’ school. During the first few weeks there, I was apprehensive and tearful at drop-off time, sobbing into my mum’s scarf outside the classroom.

One matronly septuagenarian stands out in my mind. Let’s call her Mrs W. Mrs W ignored my tears and waited until I came in by myself, reluctantly, all red-rimmed eyes and clock-watching.

I was parachuted into a place of gargantuan proportions, where everyone wore stiff blazers and purse belts and never, ever did anything wrong. There were no naughty boys and girls yelling and running amok; five seconds after the bell went in my new surroundings, you could hear a pin drop as the girls shuffled into undeviating lines, awaiting their next command.

Mrs W was skilled in those girls’ pastimes, taught back then seen as old-fashioned today, including knitting and needlework. The melodic clock-clack of her knitting needles could be heard high above the chatter in the dining room.

One of the first exercises we did with her was to embroider a picture of our gardens. I always had a tendency to rush and I speedily chain-stitched what was supposed to be a colourful flowerbed, leaving a jumble of thread.

‘What do you think of this?’ She asked me, fixing her steely gaze onto my work.

‘I think, well…’ I murmured, knowing deep down it was not my best effort.

I sat down and thought about what she had said. I unstitched it and redid it. She heartily praised my efforts.

Mrs W had taught me a valuable lesson, one I took forward with me throughout school and beyond. She taught me the power of my gut feeling – that if it didn’t ‘feel right’, then it probably wasn’t; that I must strive for my own best effort, regardless of what anyone else thought; and that good results take energy, time and patience.

Now my daughter has her very own Mrs W, albeit it a much younger and friendlier version. Knowing she will learn valuable lessons and much, much more besides, I wonder which will stay in her memory. 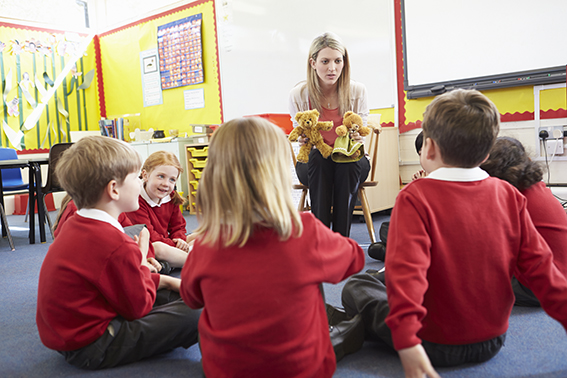 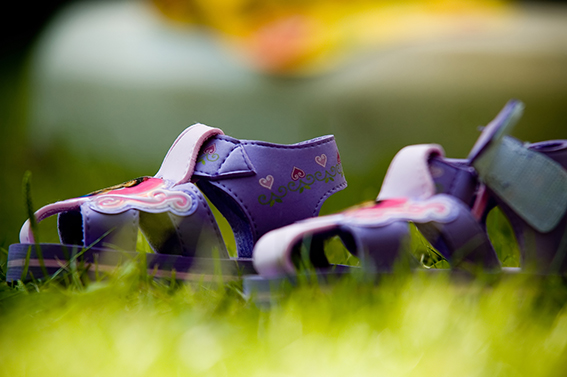 ‘Education is what remains after one has forgotten what one has learned in school.’ Albert Einstein